All major anime were being produced with the dawn of this new millennium, almost like a legacy being created. The 2000s was the beginning of the world paying attention to Japan and its anime industry, starting with shounen anime like Naruto, Bleach and Gintama. Excellent anime movies were also being created with Ghibli Studio producing the globally critically acclaimed Spirited Away and Howl’s Moving Castle. This list however includes only the Shonen genre, because talking about horror, romance, comedy and various other genres might have extended this list to over 30 because, as you can see, almost every anime from 2000s was really, really good.

This is actually the second anime adaptation developed by Bones based on the Fullmetal Alchemist manga by Hiromu Arakawa. Brothers Edward and Alphonse Elric lose their bodies in the aftermath of a failed transmutation to revive their mother using their novice alchemy skills when they were just kids. Now they have to search for the Philosopher’s Stone to help restore their bodies but the duo stumble on the creation of Homunculi, and of a deadly thirst for knowledge and power that can potentially destroy the entire country- which they must stop with the help of certain other excellent alchemists. This shounen is considered to be one of the best creations ever because one moment, you are laughing from all the silly antics, and another moment, you are sobbing uncontrollable tears. 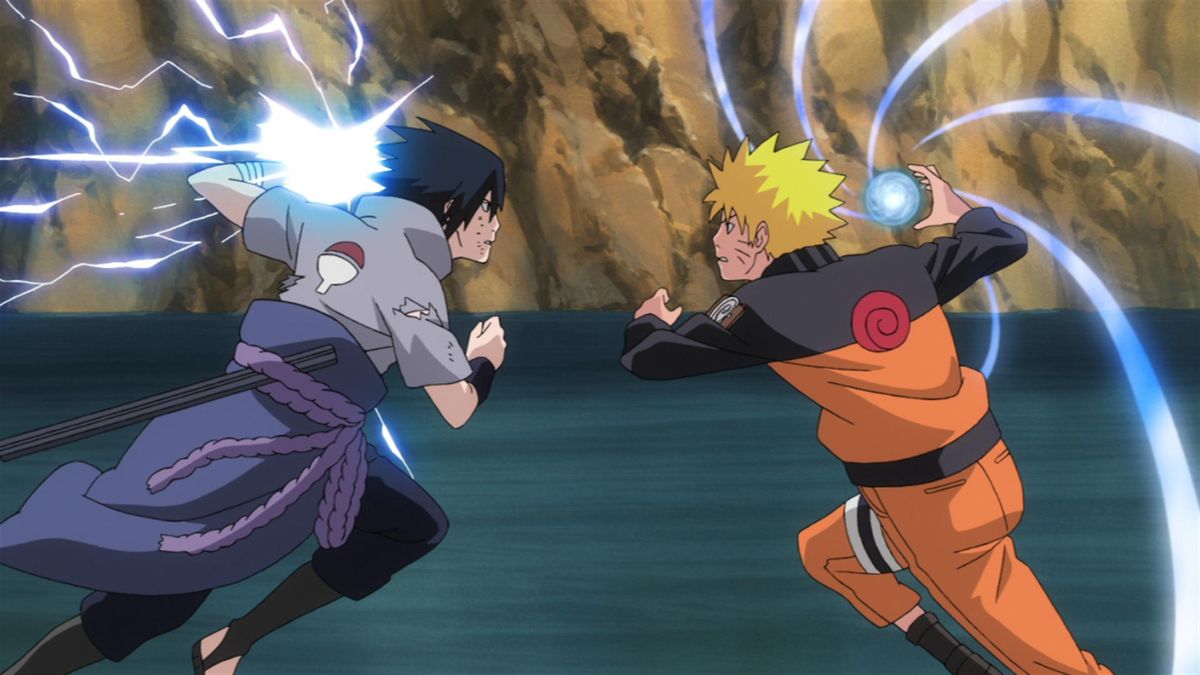 Obviously this is one of the most famous anime in the world. Thousands of people have been introduced to the world of anime just because a not-so-special-outcasted-orphan kid’s journey appeals to the general audience in a way they want to stay and root for him and his seemingly unrealistic dream to become the Hokage of his village. With the last season finishing just recently, the kids that grew up watching Naruto become what he is and achieve his goals, proving himself time and again before his people and his friends, is an inspiration to all. It actually garnered such a huge fanbase that the author, Masashi Kishimoto, decided to continue his story through his children, the 3rd Generation, “Boruto”. It is actually really heartwarming to watch the kid, that we all grew up resonating with, become a husband and a father, and most importantly, the leader of his village.

After 9+ years, this series by Tite Kubo was finally given the green light for its last arc, Thousand Year Blood War. The story actually begins with a high schooler, Ichigo Kurosaki, who was born with the ability to see ghosts. After he loses his family in an attack by a Hollow, he decides to become a substitute Soul Reaper or Shinigami, gaining powers from another Soul Reaper, Rukia, and aiming to save the world from these Hollows. However, it is not as simple as he thought; he becomes entrapped in an escalating conflicts with, first, the Soul Society who do not trust him, then Aizen and his army, the Arrancars, and their big plans of killing the Soul King at the cost of sacrificing countless human lives, followed by Yhwach and his own army of Quincies with the same objective. Ichigo ends up learning about his own familiar identity in the process which shocks the audience. The last arc will finally end years of fans’ waiting as Ichigo, Renji, Ishida and even Aizen come together to defeat the Soul King’s son and restore balance in the living world and the afterlife. Earning the respect of fans everywhere, this 300+ episode anime has been collectively called one of the best anime series ever, with its speciality being, it does not fit into any particular genre! The main storyline is set in Edo, which has been conquered by aliens called Amanto and the plot follows life from the point of view of samurai Gintoki Sakata, who works as a freelancer, alongside his friends Shinpachi Shimura and Kagura who struggle to pay the monthly rent. It can be primarily called a comedy anime, that sometimes feels like it is making a parody of shounen, but in the next episode might end up perfectly executing all the features of shounen masterpiece. Sometimes the viewer won’t even understand what is the actual plot and yet, at other times, it becomes darker and portrays a much harsher reality of vengeance, suffering, loneliness and even war at the consequences of choices made. The one thing to remember is, Gintama grows on you slowly- be patient and give it time and then wait for water to burst out your nose as you choke in laughter. 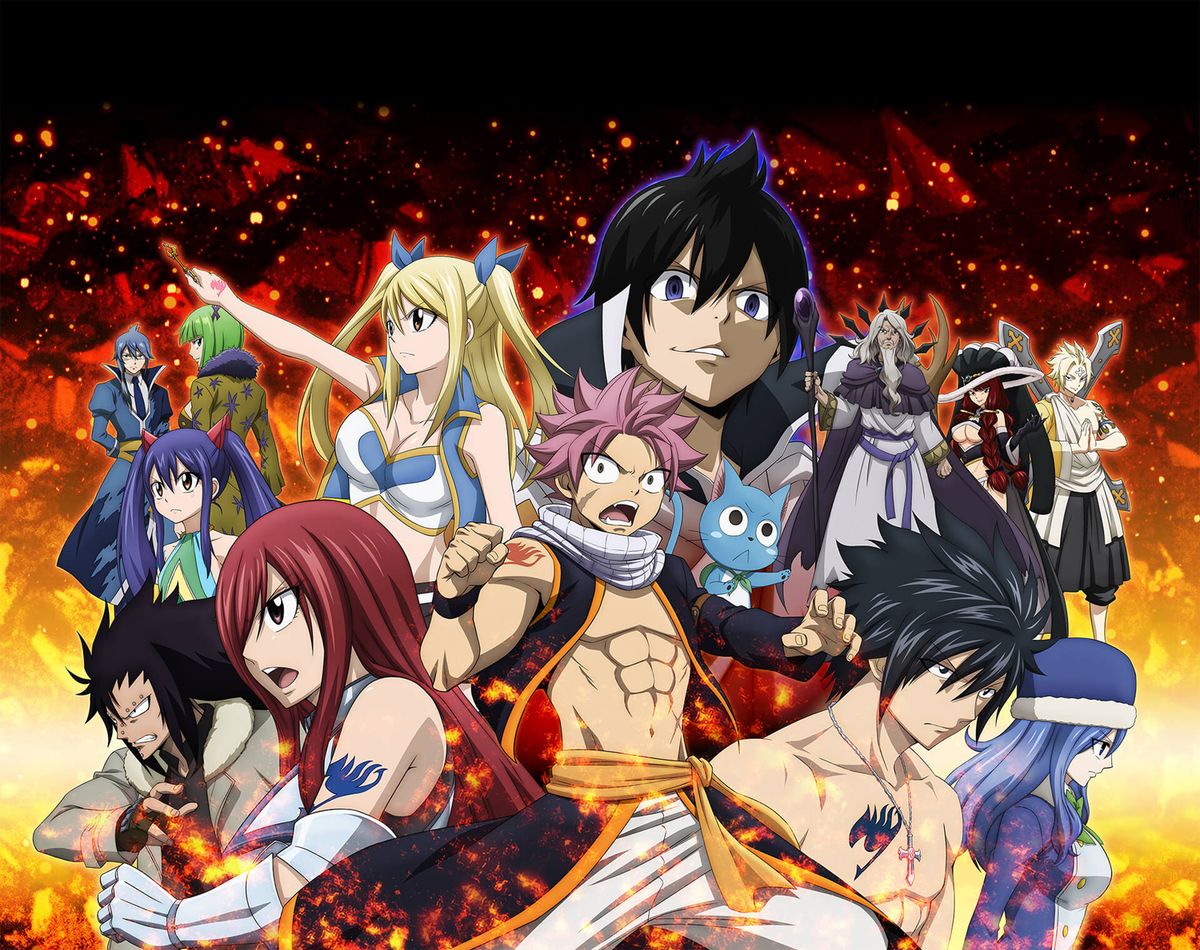 Fairy Tail happens to be one of the strongest magic Guilds in the mystical land of Fiore. Lucy Heartfilia is a celestial mage wants to become a strong wizard by joining this Guild. She stumbles upon Natsu Dragneel, who later ends up saving her from getting abducted and invites her to become a member of Fairy Tail. From here on, Lucy goes on to make strong friendships who become her family as they go on missions together, fighting evil, putting down illegal Guilds and sometimes far darker forces than they can imagine. This is actually where the story gets far more complicated and interesting. We are introduced to Zeref and Mavis, estranged lovers, who are equally cursed but are vastly different as one wages war against Fairy Tail while the other protects it. The lovers dying in the process of trying to fix the timelines and their curses is extremely tear jerking. But that is not all either as the main antagonist happens to be Acnologia and it takes wizards across space and time to immobilize and eventually kill him. The anime’s last episode released in 2019 and it felt like an eternity came to an end, a very fitting end with some of our main couple ships having sailed successfully.

What would you do if you found a “death notebook” and you realised that you had the power to kill anybody just by writing their name in it? Light Yagami attains such a life-altering power, and in an attempt to do the right deed, the series follows his story as he begins a worldwide massacre to kill all individuals that he deems immoral, to create a crime-free society under the alias of “Kira”. Obviously these sudden death soon get the attention of the police, and the task force is assigned to track him down led by the enigmatic detective, L. Despite being such a dark series, it does manage to employ humor through one of its most unsuspected characters, Ryuk- who is literally the shinigami to whom the notebook belongs. Due to its amazing plotlines, and characters, Death Note is often hailed as one of the most genius manga and anime to have ever been created. 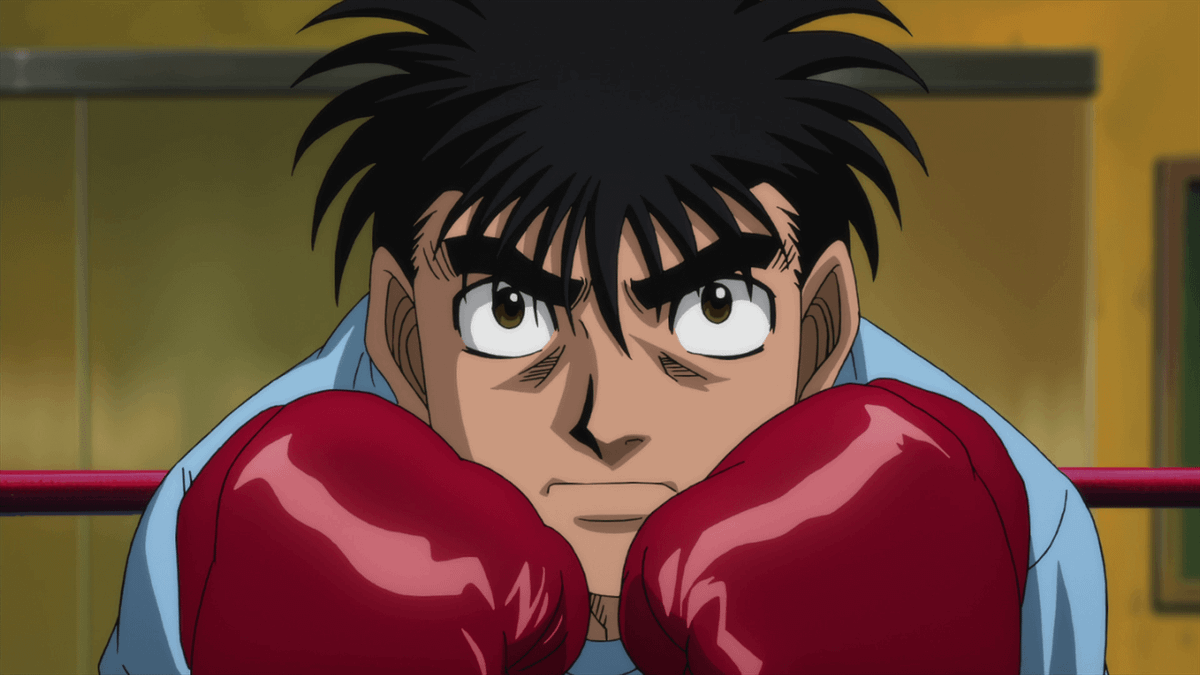 A 90s boxing themed anime that became so loved, it is an inspiration for many sports anime. Bullied kid, Ippo Makunouchi discovers his passion for boxing and starts training to become a professional boxer under retired boxer, Genji Kamogawa, after much extreme level tests. Soon, Ippo and the other prodigy, Miyata rise up the levels and find themselves competing each other for the world champion’s belt. Character development is a very big part of this anime; this is probably one of the first anime that started putting focus even on the supporting cast. Before the fights, you will become emotionally invested in the opponent as well. Extremely underrated, and not as popular as the big 3, it still set major trends for shounen genre and is much beloved by older fans. 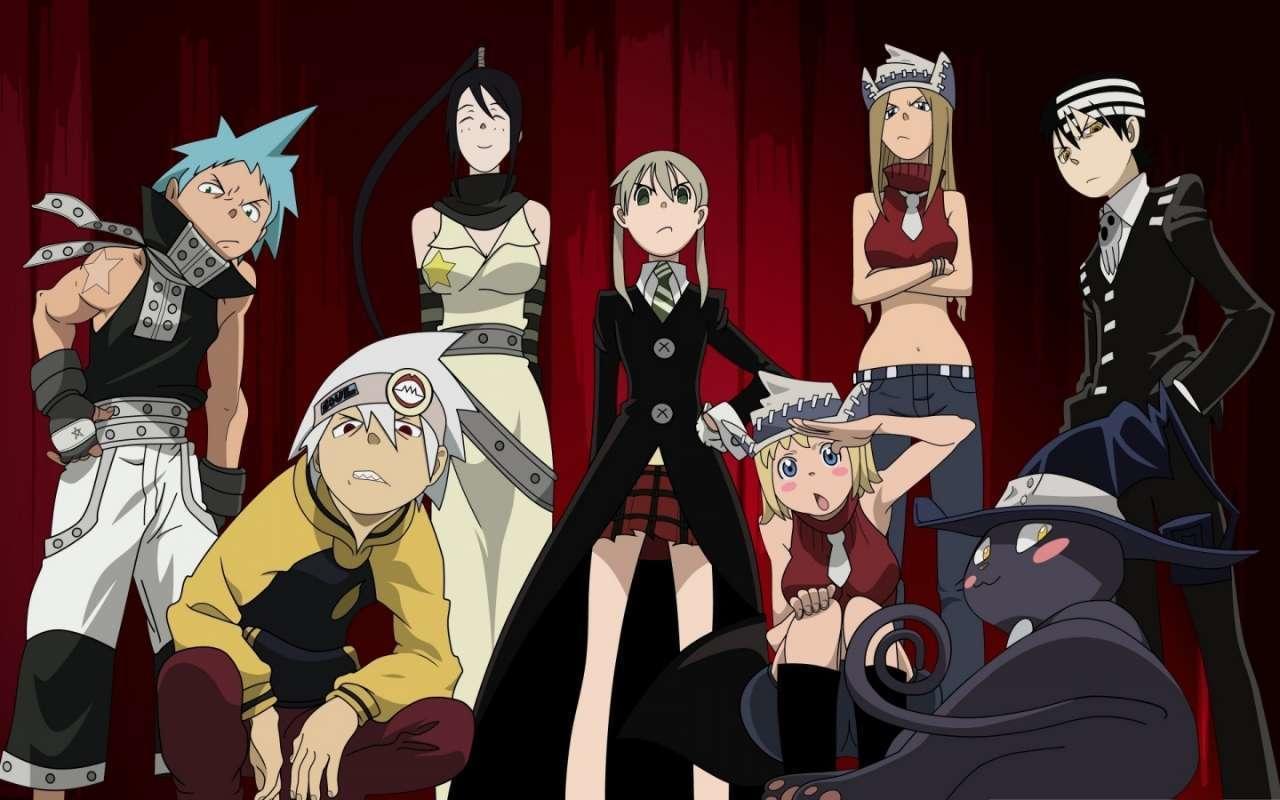 Written by Atsushi Ōkubo, it is set in Death Weapon Meister Academy, where “Death” runs the school and trains kids to transform into weapons, along with the wielders of those weapons, called meisters. The goal of these students is to use their weapons to absorb the souls of 99 bad humans and one evil witch, Medusa, levelling their powers up tenfold. However, it is not as simple as that because of the revival of Asura and the rise of the organisation, Arachnophobia. Animated by Bones, it has great animation, with humor and very strong main characters. Definitely a good watch if you are into the plot. 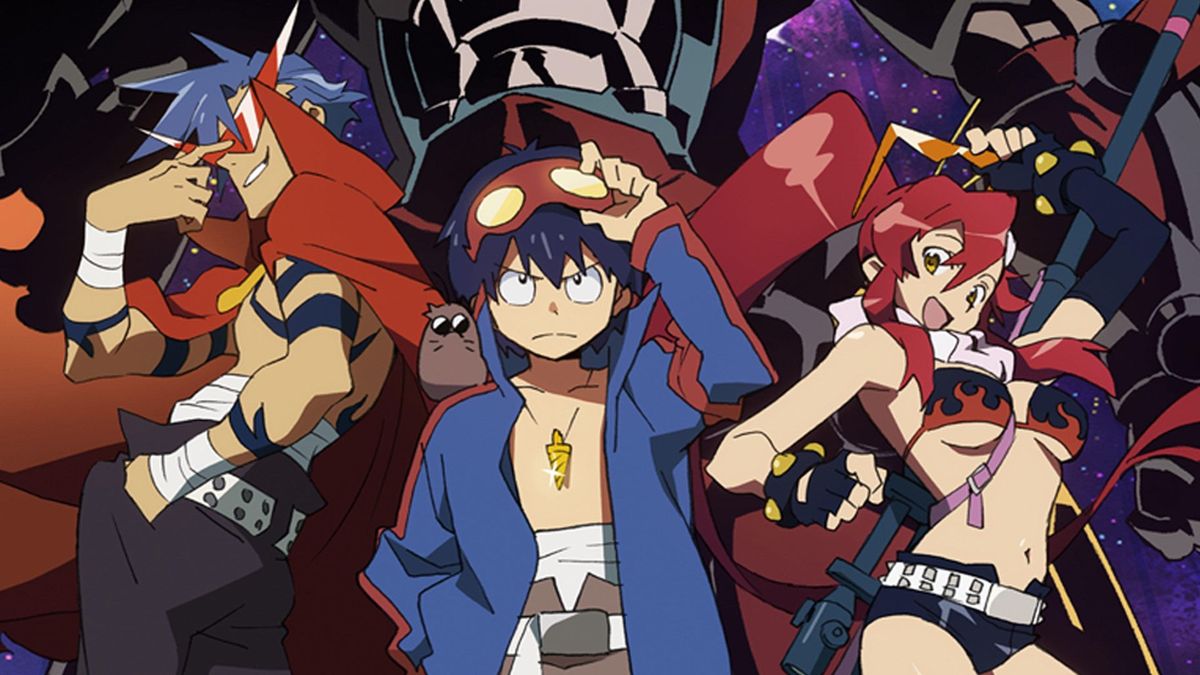 Even if you do not enjoy mecha, you will love this and want to sit through this. It is an amazing mecha anime created by Gainax. The setting is an Earth ruled by the Spiral King, Lordgenome, who has created isolated subterranean villages for the inhabitants. Two teen best friends, Simon and Kamina aspire to reach the surface and so they join team Gurren. Shortly after their village is attacked, Simon activates his core drill, Lagann and successfully destroys the Gunmen and reaches the surface. This is when they finally learn of their true enemy and thus begins a saga of fighting for liberation. Simon and Kamina’s relationship is arguably one of the most impactful relationships ever seen in anime. 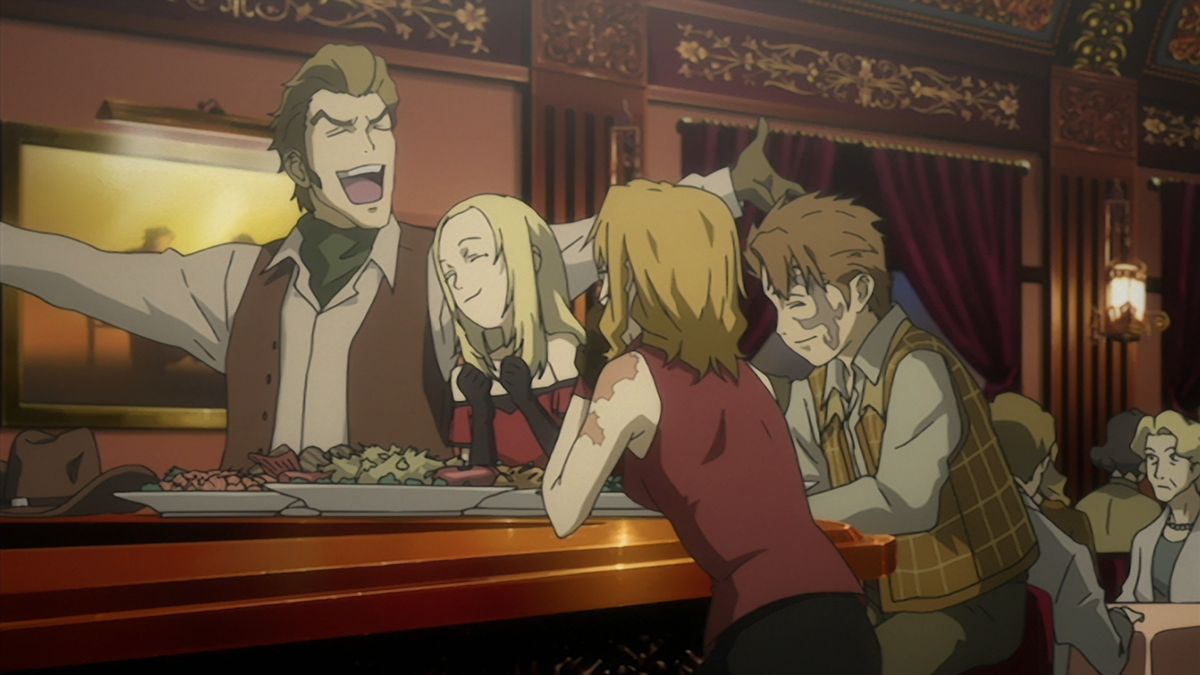 In 1711, some alchemists obtain a secret elixir by summoning the Demon to achieve immortality, with the only stipulation being to devour one another till only one remains. Szilard Quates rises as a main antagonist as he starts to devour the alchemists and so they all spread to different parts of the globe. The story then shifts to 1930 Manhattan where the drug gets stolen by a young thug who then promptly loses it! The bottle ends up going around the whole town with many residents drinking from it including the mafia. Not only has a new unsuspecting group of immortals been created but also they happen to all be criminals. The plot ends up becoming comically bizarre spread across several decades. Baccano! contains a nice mixture of drama, action, and humor. Each character’s actions feel natural to that character and this comes across to the viewer in a big way.

2000s indeed has a very rich anime lineup with one incredible series after another being created and produced. People currently in their 20s might remember coming home from school and switching on the television to get hyper about what their favorite hero was doing in the new episode, and then spend the rest of the day pretending to be the hero until the next episode came the following day. Ah quite a nostalgia!